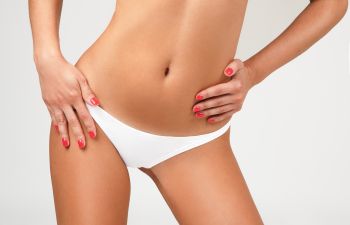 A study published in the April issue of Plastic and Reconstructive Surgery® reports a wide array of symptoms in women seeking labiaplasty. Labiaplasty, or vaginal surgery, typically involves the elimination of excess labia tissue. In the study, women reported having multiple physical and functional symptoms in addition to aesthetic concerns.

During the study, 50 women ranging from 17-51 years old underwent consultations with a plastic surgeon to discuss labiaplasty. When asked about symptoms, the women reported many, including elongated labia, pain during sexual activity, and self-consciousness when wearing certain items of clothing. When asked, the women reported that the issue of an elongated labia had either always been present, developed after puberty, or occurred after childbirth.

Almost all of the patients in the study reported self-consciousness, a decline in self-esteems, and feelings of unattractiveness in regard to their partner. These symptoms seemed to be major factors in the decision to undergo labiaplasty surgery.

While labiaplasty has been shown to be effective in improving both aesthetic and functional symptoms, some people are still critical of the procedure. In the past, the idea that labiaplasty is unnecessary and is simply fueled by the influence of the media and pornography has been shared among some professionals. However, this negative attitude has begun to disappear due to the increasing number of women interested in the procedure. In fact, more than 12,000 labiaplasty procedures were performed in the U.S. in 2016, according to ASPS statistics. This growing popularity only underscores the importance in understanding women’s motivations to undergo the procedure.

For more information regarding why women request labiaplasty, check out the original study in the April issue of Plastic and Reconstructive Surgery®.